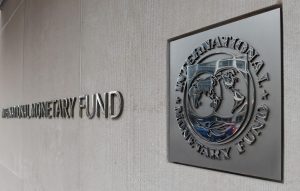 The IMF will make the first disbursement of $ 300 million this month. (Photo: CRH Archive)

(CRHoy.com) .- The afternoon of this Monday 44 deputies approved in their second and last debate the loan with the International Monetary Fund (IMF) for $ 1,778 million. Approval was recorded at 5:21 pm

With this approval, now only remains the signature of the President of the Republic, Carlos Alvarado, for the IMF to disburse the first tract of the loan. That first deposit to the State coffers will be for around $ 300 million.

The processing of this credit it took just over 3 months in Cuesta de Moras – headquarters of the Congress. The file began its processing on April 6 in the Tax Affairs Committee, which ruled it 22 days later, on April 28. The first debate was on July 1, prior to the deputies’ last vacation, that day it was approved with 38 votes.

The second debate was scheduled for Monday of last week, however it was frustrated in the midst of the fight between Congress and the Presidency over the revocation of the appointment of Ottón Solís Fallas as representative of Costa Rica to the Organization for Economic Cooperation and Development ( OECD). After the resignation of Solís this Wednesday his final approval was cleared.

During their stage in discussion in the Finance Affairs committee, the deputies approved 2 important motions for the use of these resources. The first stated that the entirety of this loan “It is not freely available”, but it will be obligatorily for the service of the public debt through the substitution of an external source of financing for internal, which reduces the payment in interest rates.

The other motion approved by the deputies indicates that 10% will be dedicated as a payment to the millionaire debt of the State to the Costa Rican Social Security Fund, which is around ¢ 1.95 billion.

When the loan was approved by the IMF on March 1, the president of the Central Bank, Rodrigo Cubero, said that the loan will have a term of 10 years, with a 4-year grace period. These 4 years of grace, explained Cubero, will allow the country saves $ 156 million in interest payments. In addition, the head of the Central indicated that the Annual rate in dollars will be 2.51%.

For the disbursement of the pending resources, the government will need Congress to approve 7 bills with which it committed to the IMF and which are going through a difficult path in their processing in the Legislative Assembly, since most of them are initiatives that seek increase and create new taxes.

The IMF plans to review these commitments and advance their approval in Congress in October.

Those 7 projects are the reform of Public Employment, which is currently under consultation in the Constitutional Chamber. If the magistrates do not find defects, they will be able to advance to their second debate.

The list of commitments includes tax projects of 25% on lottery prizes higher than ¢ 225 thousand, luxury houses whose values ​​amount to ¢ 150 million, and Costa Ricans who annually receive an income of more than ¢ 8.2 million, to capital income and school salary.

In addition, the commitments include a project for 14 public companies to contribute 30% of their profits for 4 years and a reform to the Customs Law.

In their discussion on the fund this afternoon, the opposition benches warned the Executive Branch that they would vote in favor of credit, but they assured that this does not translate into support from the rest of the projects committed to the IMF.

CCSS initiates vaccination of the group of 20 years and over

The Challenge of Restoring Green Life In Latin American Countries

The Mental Health of Costa Ricans in Pandemic Times