Although the country may appear small on a map, Costa Rica hosts roughly 5% of the world’s biodiversity. Much of that is found in Costa Rica’s rainforest and jungles, where vast swaths of conserved land protect thousands of different species, such as jaguars, sloths, and monkeys.

Costa Rica takes conservation seriously. In fact, more than a quarter of the national territory is protected land, and more than half of the country is forested. This means tourists are never far from nature, regardless of which Costa Rica airport they land at.

Not all forests are created equally, and most visitors to Costa Rica try to strike a balance between accessibility and biodiversity. Here’s what you should know about the Costa Rican jungle to make the most of your tropical vacation. 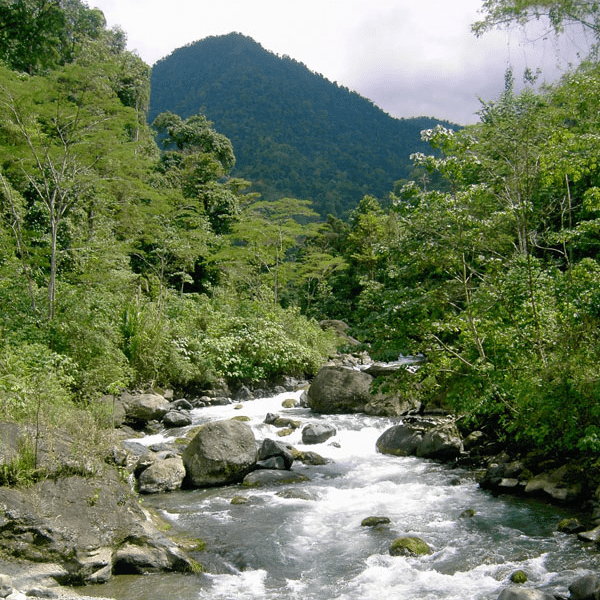 Is Costa Rica a jungle or rainforest?

Let’s start with the basics: What’s the difference between a rainforest and jungle, and which does Costa Rica have?

A rainforest is an area containing “tall, mostly evergreen trees and a high amount of rainfall,” according to National Geographic. The word “jungle,” meanwhile, has varying definitions. Most people use both words interchangeably, though a jungle more frequently refers to tropical forests that have such dense vegetation that they’re practically impenetrable at ground level.

Costa Rica has tropical rainforests, cloud forests (montane rainforest), and tropical dry forests. In some areas, the thick ground cover forms what can be described as a jungle, but the definition is ambiguous enough that there is really no clear divide between the two terms.

The best-known rainforests in Costa Rica

Located on the Osa Peninsula in southwest Costa Rica, Corcovado National Park is a must-visit for anyone who seeks raw wilderness. Called the “most biologically intense place on Earth” by National Geographic, Corcovado is remote but offers dozens of miles of trails through lowland rainforest with some of the best wildlife-spotting anywhere. 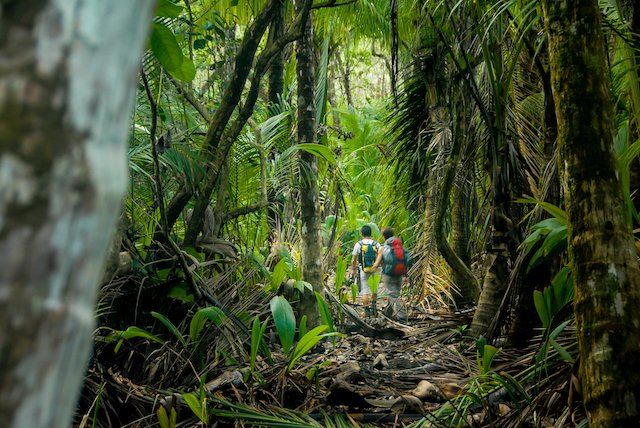 The most popular national park in Costa Rica is also its smallest. You’ll rarely be alone on the trails since the Manuel Antonio rainforest is one of the best places in Costa Rica to see monkeys and sloths. The lush vegetation then gives way to one of the country’s prettiest beaches. 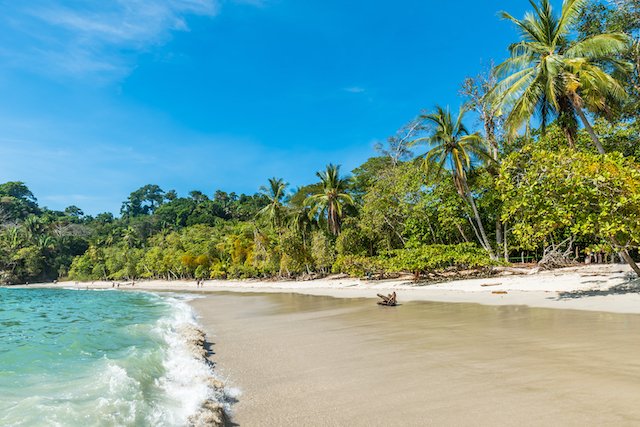 Travelers seeking a Caribbean adventure can find a similar experience to Manuel Antonio at Cahuita National Park, where the rainforest can be explored from the 5.2-mile trail. Just off the coast, visitors can explore the “rainforest of the sea” by snorkeling through Cahuita’s coral reef.

The fertile volcanic soil provides the perfect conditions for Arenal’s tropical rainforest. This area is among Costa Rica’s most well-developed for ecotourism, which means you can find anything from hiking to ATV and horseback riding, to zipline tours through the canopy. 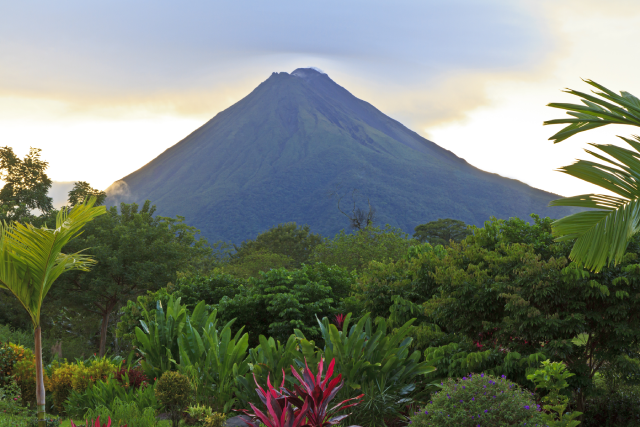 Across the lake from Arenal and at a higher elevation, Monteverde protects one of the world’s most famous cloud forests, also called the “montane rainforest”. This area is known for its canopy tours and hanging bridges, and the elevation makes it one of the best places to spot the elusive Resplendent Quetzal, one of Central America’s most mystical birds.

What animals live in the Costa Rican rainforest?

Bring your binoculars and a camera, because Costa Rica’s rainforests are full of biodiversity.

The country is home to four species of monkeys — howler, spider, capuchin, and squirrel monkeys — and two species of sloths. Iconic birds, such as scarlet macaws and toucans, also reside in Costa Rica’s rainforests.

If you’re lucky, some of the larger protected areas in Costa Rica (such as Corcovado) are home to jaguars, pumas, and other wild cats. The tapir, also found in Costa Rica, is the biggest native land mammal in Central and South America.

At night, you’re apt to see red-eyed tree frogs, dart frogs, and other amphibians, plus spiders and snakes. (We recommend going with a guide, staying on the trail, and keeping a safe distance!) 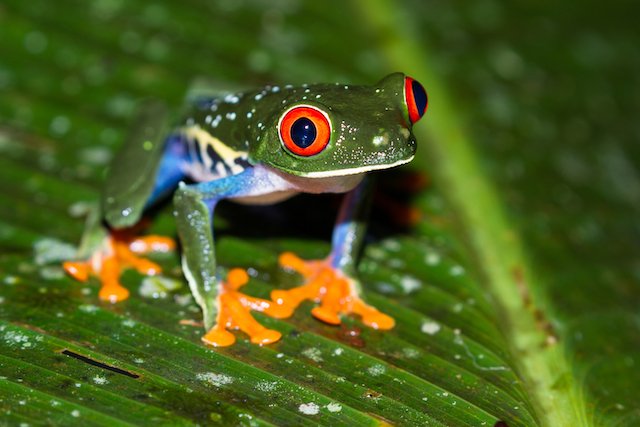 And, while they might not be the highlight of your post-travel photo albums, no rainforest discussion is complete without mentioning the insects. You’ll spot everything from colorful butterflies to workmanlike ants. Though they’re not everyone’s favorite, insects are a crucial part of the rainforest ecosystem.

What to wear in the Costa Rica rainforest

As the name suggests, the rainforest is, well, rainy. It’s best to come prepared for precipitation.

When you’re packing for Costa Rica, we recommend prioritizing quick-dry clothing. This includes sweat-wicking t-shirts and shorts or hiking pants. A raincoat is a smart addition, as are tennis shoes or hiking boots. Flip-flops may be great on the beach, but not so much when there’s a parade of leaf-cutter ants on the rainforest trail!

Finally, don’t forget your sunscreen and bug spray. While you’ll mostly be in the shade when you’re in the rainforest, Costa Rica’s proximity to the equator means you’ll burn more easily in the sun. And there’s nothing more annoying during a walk than being swarmed by mosquitoes, flies, or gnats.

How to plan a Costa Rica rainforest adventure

National parks and other protected wildlife areas are the best ways to explore the Costa Rican rainforest. After all, these are areas with limited human development, meaning visitors can experience the richness of the jungle as nature intended.

As you plan your travel, be sure to follow the National System of Conservation Areas (SINAC). Their website details national parks across Costa Rica, providing hours and rates, a description of the attractions, and a history of the protected area.

If you’d rather let someone else do the planning, many companies — including Costa Rica Escapes — offer Costa Rica rainforest tours. My recommendation: Make sure that your trip includes a certified local guide. Not only does that help support the Costa Rican economy and the country’s conservation efforts, but a guide will help you spot animals and other wildlife that you never would have seen otherwise.

Costa Rica’s rainforests are truly some of the most incredible places on earth, and no tropical vacation is complete without visiting at least one.

Because the country has so much protected land in such a small space, any Costa Rica itinerary can easily add a jungle stop. As you’ll experience for yourself, immersing yourself in nature is a feeling unlike any other.

Contact us if we can help you plan a trip to see the rainforests in Costa Rica. 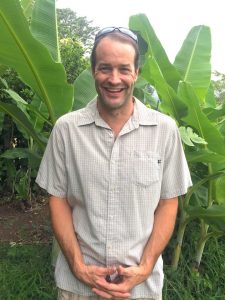 John Rabenau has been working in the eco-tourism & adventure travel industry in Costa Rica since 2002. He has worked in a variety of capacities from Outdoor Educator & Principle Guide to Itinerary Design Manager & Business Owner for numerous organizations. He has grown Costa Rica Escapes into one of the most reputable Costa Rica travel agencies since its creation in 2006, hosting more than 5,000 people with custom vacation itineraries.