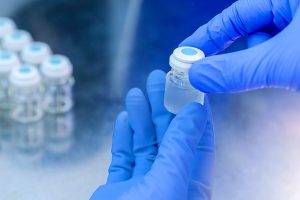 (AFP) – The German BioNTech laboratory, who developed a pioneering vaccine against COVID-19 with Pfizer, said Monday that it wanted to apply the promising technology of the Messenger RNA to malaria and that it will launch trials of a vaccine next year.

“BioNTech intends to develop the first mRNA vaccine for the prevention of malaria ”, which will occur on the African continent, the company said in a statement.

“The probability of success is high”, said Ugur Sahin, director and co-founder of BioNTech, a pioneering laboratory in mRNA research.

The studies, to be launched at the end of 2022, will be carried out in Africa and “other regions where malaria is prevalent”, but also in Germany, as part of a program supported by the World Health Organization, the European Union and the Center for Disease Prevention and Control of the African Union (Africa CDC).

Malaria, caused by a mosquito-borne parasite, remains a dreaded infectious disease, especially in Africa and among children, which kills about 400,000 per year.

Nowadays there is no approved vaccine against malaria.

“For several decades, major vaccine developers have gradually abandoned“Research on the subject, lamented the director of the WHO, Tedros Adhanom Ghebreyesus, in a joint conference with BioNTech and the EU.

But nevertheless, a candidate developed by the University of Oxford, Matrix-M raised hopes in April with a hitherto unprecedented 77% efficacy in phase II trials and could be approved in two years.

CCSS reports that 130 thousand donated vaccines have been placed