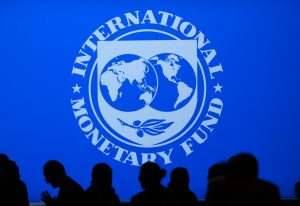 (CRHoy.com) .- Several business chambers reacted to the approval of the loan before the International Monetary Fund (IMF) and they support the decision taken by the deputies on the afternoon of this Monday, July 19.

Among the various groups that have shown support for the measure is the Chamber of Industry of Costa Rica (CIR), which ensures that “Will generate confidence in investors and that the decision is an important step to promote a better country risk rating ”.

Likewise, CIR assured that its approval will favor the change in the country’s debt and this will generate great benefit for the public debts of Costa Rica.

On the other hand, the Chamber of Exporters of Costa Rica (Cadexco) It was also motivated by the approval in the second debate of the financing with the International Monetary Fund.

“Need prioritize projects that support economic reactivationFor this reason, we urge the different powers to accelerate projects that can improve the stability of the country, ”said Cadexco.

While the Costa Rican Union of Chambers and Associations of the Private Business Sector (Uccaep) affirmed today after approval that this first step will allow regain trust and credibility of international markets in Costa Rica.

The aforementioned chambers agreed that it is a priority to advance the IMF projects agenda to show a positive signal to international markets.

Criminal Court resumes on this date trial against band of “Gringo”

The sessions of the Governing Council must be transmitted