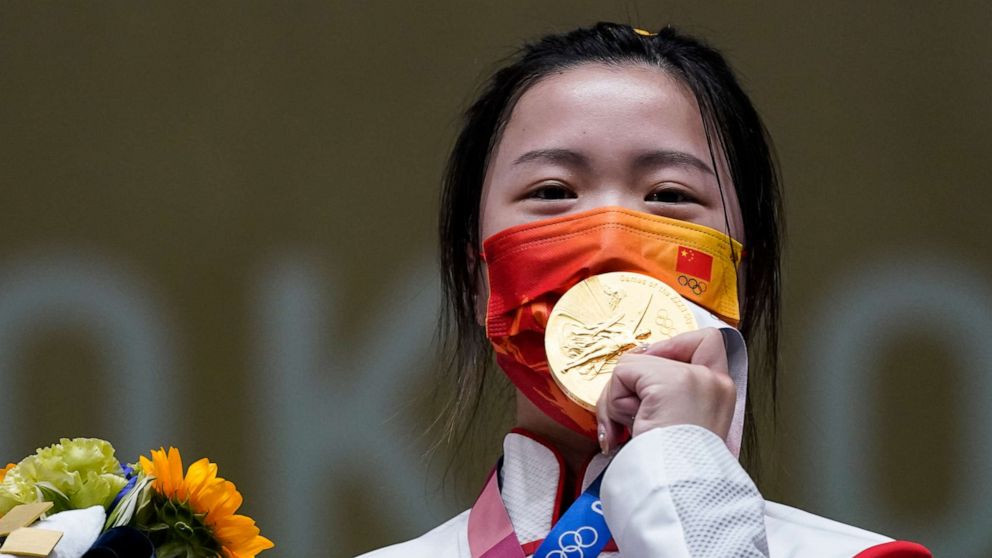 (AFP) .-China’s Qian Yang won the first of the 339 Olympic titles at the Tokyo Games on Saturday, by prevailing in the carbine shooting test from 10 meters.

She beat the Russian Anastasia Galashina in the last shot, who won the silver and competes in the Japanese event under a neutral flag for the suspension for doping that weighs on her country, while the bronze went to the Swiss Nina Christen.

Qian yang earned a score of 251.8, an Olympic record, while Galashina was left with 251.1 and Christen with 230.6. The latter managed to get on the podium, to the detriment of the Norwegian Jeanette Hegg Duestad, who had led after the qualifying round.

Galashina had reached the last headshot but hit only an 8.9, allowing her Chinese rival to take the lead at the last moment.

It was the first final to be completed in the event, which, like almost all of it, is played behind closed doors.

Due to the anticovid measures in force, the Qian Yang had to place the medal on herself.