On April 14, 2018, at the VIII Summit of the Americas, the Lima Commitment (“Democratic governance against corruption”) was signed. Thus, the heads of state, including ours, made commitments in areas such as: strengthening democratic governance; Transparency, access to information, protection of whistleblowers and human rights, including freedom of expression, among others.

In this way, a new international agreement emerged that indicated and specified a series of actions to banish corruption, and ensure that probity is the flag that flies in our countries. Corruption has been eating away at our institutions.
It is the scourge that, every time it appears, inflicts deep pain on the values ​​and principles that society wishes to observe in the conduct of all public officials.

Of the 57 commitments, we stop at a few:

Control bodies. Commitment A.1 calls for strengthening institutions to prevent and combat corruption. In this sense, the country collects cases where the weakness in prevention and detection is evident. The strategy of firing the unethical or putting criminals in jail is only a final consequence, in the face of a society that does not bear any further damage to public finances. Institutions are urgently required to carry out their duties with force, and to do so in a coordinated manner. In this scenario, society needs a space to demand accounts on the fulfillment of actions that, in the end, help as antidotes against corruption. The DHR is, or should be, that visible face of the citizen voice; the one that hits the table and demands results. The DHR has the legal capacity to establish a monitoring mechanism, but requires greater budgetary capacity. 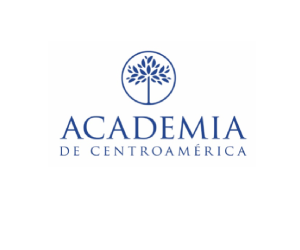 Capture of the public servant (A.10). It is required to introduce the declaration of conflicts of interest at all levels, as well as the dismissal of any official who, warned, falls in breach of the duty of probity by privileging interests of another type. Today, with the publication of the new general law on public procurement, which comes into effect in a few months, the country is revamped in key aspects: the prohibition regime; the duty of abstention and more severe sanctions if the ethical and legal aspects of the hiring are failed. The relationship that is made with the required duty to make economic interest groups transparent helps to avoid collusions; to be known and prevent anticompetitive and corrupt practices. Thus, the risk of capture of the operators of the state purchase seems to be heading to be more complicated. In this, the same helps that the new Law, finally, imposes the duty to use a single electronic purchasing system. Of course, the current one must be improved, starting because its administration operates under a pay-for-performance model, as well as exercising over it and the activity of all public entities, auditing, as controls fine-tuned with intelligence in the use of data to detect stages of irregularity.

Sicop. In this sense, the Government, if there is something that cannot be neglected, is to guarantee that there is only one platform for electronic public procurement in the country. From commitments B.17 and D.27 derive “the use of new technologies that facilitate digital government in order to promote transparency, interaction with citizens and accountability”. For years, public funds have been squandered on multiple technological remedies, or on enthronement of paper processes. The disorder that persists, but seems to have its days numbered, was due to the resistance of a few to maintain spaces conducive to corruption. The greater the use of electronic systems, the less corruption. Procedures in general, and with particular interest in public purchases, must be done from a single platform. In all contests, any potential interested party must be able to bid, as well as the billing conditions must be harmonized to avoid directed purchases.

Effective competition. Again (commitment D. 28), and especially in the public purchasing market, greater rigor should be exercised in the preparation of posters in order to prevent unethical offers and effective competition. Hopefully Coprocom, with the legal framework that it now enjoys, helps prevent specifications that are not friendly to the competition. As it is desirable that the controlling body, more in these days, judge that jurisprudential line that the entities are the ones that best know their need and with that, they justify pro-corruption cartels. The economic cost of the irregular, of the corrupt, is very high.
Thus, of the commitments of Lima, all of great value, we have exposed a few where it is possible to show more interest in concretion.