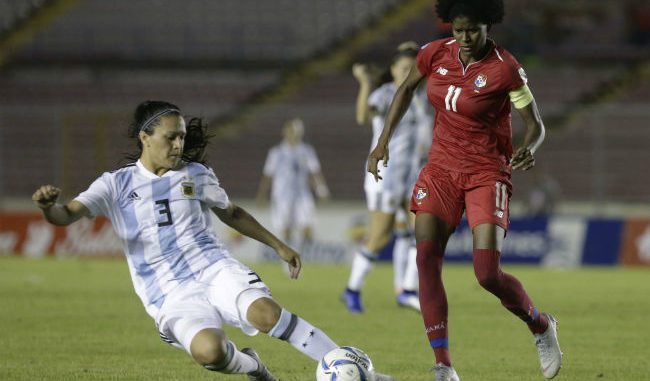 Alajuela.- The player Natalia Mills will begin her journey with Alajuelense this Tuesday when she attends the first practice.

The player is the reinforcement of the hands in the spinal cord. A midfielder who hopes to make his own story with the team that says he feels in debt.

Mills had everything arranged with La Liga to play the second half of 2020. However, at the last minute he received an offer from Spanish football, he spoke with Fernando Ocampo, president manudo, and with Mercedes Salas, the team coordinator, to indicate that he had to take another path but he hoped to have the doors open.

So it happened, his time in Spain ended and now he begins his journey in the red and black house where he hopes to leave with the title at the end of the year.

A debt to the club.“The truth is that I have a thorn with this team. I had the opportunity to come to Alajuelense last year and I took an option in Spain that was also presented at the same time. So I am very excited to be able to write my own story in this team, I have followed them at a distance and I know where I am coming from ”.

A team that does things well.“The truth is, I come with great enthusiasm and joy because I know that I am joining a team that has been doing things very well on the field and off the field. My compatriots (Marta Cox and Kenia Rangel) have told me a lot about how good things are here and about the great competition that the group has internally and the tournament itself ”.

Watch the matches.“Internally I feel indebted to the club, I followed it very closely and spoke a lot with Marta (Cox). Even Marta shared her account with me in the app to watch the games and I followed them from Spain. It is a team that plays very well and I want to contribute ”.

Multifunctional in attack.“As a player, I like more to be a midfielder, although some coaches have used me as a forward. I come to contribute with what the coach tells me, I’m really looking forward to playing soon ”.

A path with its own stamp. “I hope I can make my own way, Marta did very well here, the fans love her very much. She is a great player. I hope that people do not look for comparisons, I hope I can do my job and achieve that two-time championship for which the team will fight so much.

Suspect of shooting young man arrested after altercation on the road