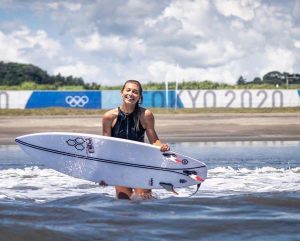 (CRHoy.com) The dream of transcending and obtaining a medal Leilani McGonagle at the Olympics, came to an end at dawn this Sunday.

La tica fell to a playoff round from which they could not advance to reach round 3 of the event in Tokyo.

McGonagle tried to the end, but was fired with a score of 9.63.

Although she finished tied with Mahina Maeda, the Japanese connected a wave higher than the Tica and that made the difference.

After this result, Costa Rica will now only be represented in the Olympic surfing by Brisa Hennessy, who will enter the water this Sunday after 5:00 pm