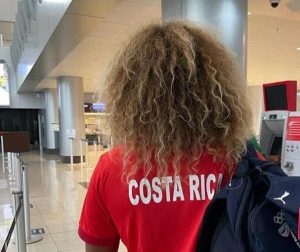 (CRHoy.com) Despite all the efforts made, the surfer Carlos “Cali” Muñoz missed the connecting flight to Tokyo.

The flight he made from Costa Rica to the United States he was delayed and when he got to the boarding gate to make the trip to Japan, the plane had already left.

Now the Costa Rican you are at Los Angeles airport looking for a flight that allows you to make your dream come true.

Another problem you currently have, is that already the surf event It officially started a few minutes ago.

Even the attic would be losing his first round heat and his performance would start in the repechage round.

However, for this to happen, first “Cali” must get a flight to take him to Tokyo.

The Costa Rican have had a bumpy ride, since until yesterday night they informed him that he would be able to compete in the Olympics.

Muñoz was in the country’s Caribbean and had to get to the Juan Santamaría airport with the help of firefighters and other people.

PUSC will not support more complementary agenda taxes with the IMF

Situations of poverty and marginality enhance and multiply infections, reminds Vargas to defender