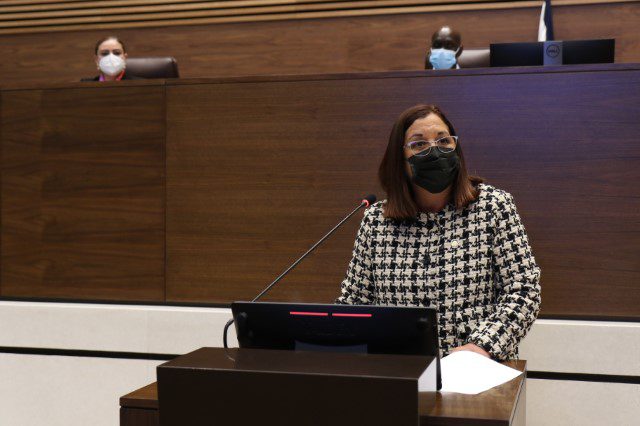 San José, Jul 20 (elmundo.cr) – The deputies of the Infrastructure Commission questioned that the Minister of Education, Gisselle Cruz, “left them planted”.

This in the middle of the investigation of file 21320 that analyzes the various public questions about the malfunction of the Directorate of Infrastructure and Educational Equipment of the Ministry of Public Education, which has caused chaos in the maintenance of the infrastructure of the educational centers of the country.

The MEP hierarch had been summoned to answer the questions of the congressmen, but is on vacation.

The president of the Commission, Deputy Paola Valladares, assured that it is not the first time that Cruz “stands up,” and for this reason they presented a motion to end the session and wait for the minister.

He also explained that with the return to face-to-face classes of an important group of students, after the mid-term vacations, questions and criticism increased due to the serious infrastructure problems faced by dozens of study centers throughout the entire country. National territory.

For their part, both legislator Carmen Chan and David Gourzong expressed their annoyance since there are dozens of educational centers that have health closure orders.

Luis Fernando Chacón assured that the DIEE is an “absolute disaster”, due to problems in the purchase of land, poor execution, lack of appraisals and “in this way the resources of this country were spent”; “The construction of infrastructure must be taken away from the MEP,” declared Chacón.

As a lack of respect for the Commission, the legislator Marulin Azofeifa described the fact that the hierarch of Education did not appear before the congressmen.

The president of the Commission indicated that a response must be given to violations of the principle of legality, and if someone must go to the Public Ministry, the necessary steps will be taken.

Our ethical principles remain in force, assures the president of the PAC