(CRHoy.com) .- The impact of the pandemic on the economy and the high degree of indebtedness of Costa Rican families Housing tenure trends change in Costa Rica.

Renting a house, instead of buying through financing with third parties, is a propensity that is growing significantly.

The Center for the Studies of the Financial and Real Estate Business (Cenfi), determined, based on statistical data from the National Institute of Statistics and Censuses (INEC), that as of 2020 the Housing rental is the predominant modality among households with heads of household between 20 and 29 years of age.

44% of the total homes for that population block, that is, 37,243 houses are rented, while the second type of housing for this sector of the population is its own, with a 34.7% incidence.

Cenfi explained that this last statistic is influenced by the families that are beneficiaries of the Housing Bonus granted by the Government.

For families whose head of household is between 30 and 39 years old, the incidence of housing rental also gained an important relative weight, presumably due to the effects of the pandemic on the purchasing power of families.

In this sector of the population, the housing rental occurs in 31.9% of cases, which represents 89,102 homes.

Just a 12, 1% of families in this age range have their own financed home, still in the payment process, while 41.9% have a financed house already canceled.

And although in the age range between 40 and 49 years for heads of families, the modality of housing rental decreases, the percentage is considerable, with a 20.4% of families.

In fact, this group is the second with the largest number of rental homes in the country, with a total of 66,723 units.

“The situation could be explained by the high levels of indebtedness of these families and the difficulties of this age group to access bank financing”, said Melizandro Quirós, executive director of Cenfi.

Quirós summarized that the young population of the country, among the 20 and 39 years, concentrates 43% of the residential park for rent.

In absolute terms, the number of rental homes in this age group is 126,435 units. Primarily, the incidence of this type of housing solution is presented by economic factors, such as the high unemployment rate that afflicts this group of the population, which closes the doors of access to credit.

“For the millennials economically active in this group, there may be a strong interest in renting and not buying a house (Pay by Use), due to work issues or life plansQuirós explained. 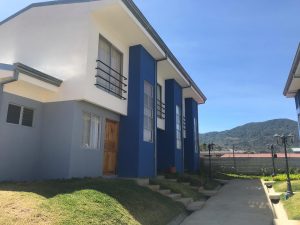 The loan and the cession of houses also increased in 2020. (Photo: CRH Archive / For illustrative purposes)

Based on data from the National Household Survey (Enaho) 2020 of the INEC, the Cenfi determined that the most important type of housing trend in the country is that of fully paid own housing, which represents a 63% of the total housing stock.

In absolute terms, the dwellings under this type of possession are 989,618 units. The number is influenced by the accumulated stock of houses that families have acquired through the Housing Bonus program, that is, with state financing.

Generally speaking, rental housing is presented in a 18% of cases nationwide, which translates into 285,763 houses. By areas, in urban areas, the percentage of rental housing rises to a 21.3% of total units.

The modality of own housing paid in installments or financed, is a total of 151,976 units, which represents 9.61% of the total housing stock.

Another type of home ownership that has undergone upward variations in the last period is that of the loan or assignment of houses for families to inhabit for a defined period of time.

For example, in the population group between 10 and 19 years of age, the incidence of this modality is 17.5%.

In the case of the age range between 20 and 29 years, the percentage is one fifteen% and in the group of 30 to 39 years the portion of this type of home ownership is one 12.4%.

Qatar advances to the semifinals by defeating a fierce Salvadoran team