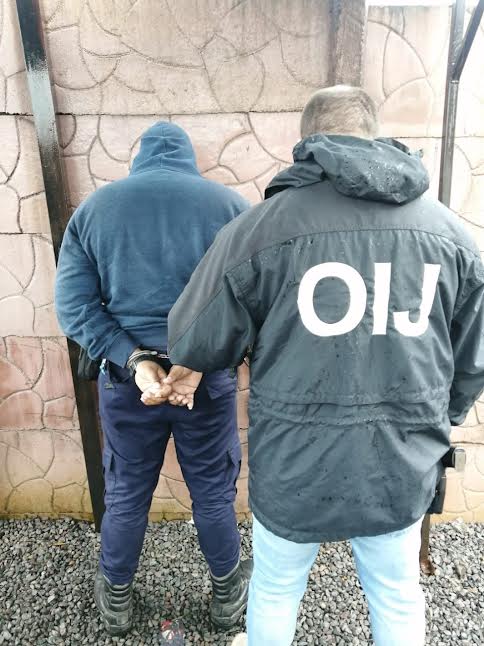 (CRHoy.com) .- A 24-year-old man who appears as suspects in the crime of attempted murder against a young man of 18, was arrested this Friday afternoon by agents of the Crimes Against Physical Integrity and Traffic Section.

According to the preliminary report, the events with which he is related occurred on Monday, February 1 of this year, when apparently the suspect had an altercation on the road with another subject in the San Antonio de Coronado sector, this because apparently the other driver did not give him space to pass.

Apparently, the suspect followed the other driver in his car and after he apparently insulted him, shot the vehicle impacting the 18-year-old young man in the right knee, who was traveling as a companion.

After several investigative steps, the agents of the Crimes Against Physical Integrity and Traffic Section identified the suspect, who was detained at about 11:10 am this Friday at his workplace a security company in Heredia.

Finally, the captured man was presented with a report to the Public Ministry, so that his legal situation could be determined.

How To Start A Research Paper: Top 5 Tips ⋆ The Costa Rica News