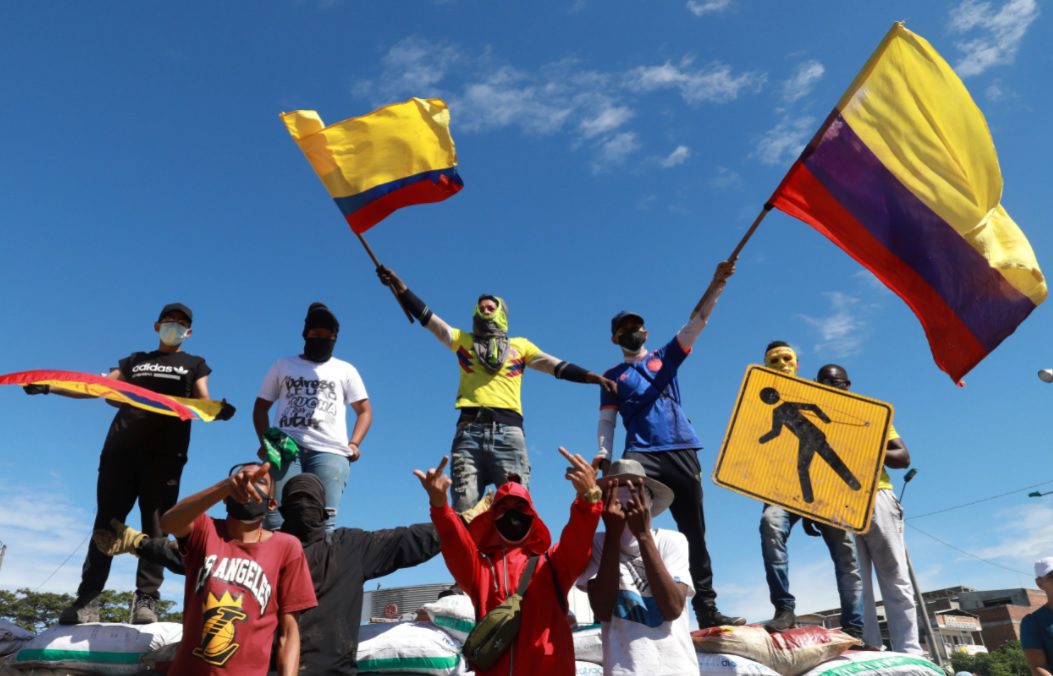 Next year is the fourth anniversary of an electoral panorama in Colombia that left many of us perplexed, discouraged and scared. The unpleasant tendency in America, a product intensified by the mass media, of vehemently sustaining extremism and of political and social polarization was reaffirmed; as in a contemporary Cold War context, more immediate and with greater accessibility.

The polls confirmed the position of almost all the polls: there would be a second electoral round between two opposite and antagonistic extremes. The radical leftist Gustavo Petro represented an approach to the authoritarian regimes in the area, geopolitically represented by the Sao Paulo Forum. The representative candidate of Uribismo, and current president, Iván Duque, implied a hopeful light for the violent and authoritarian Colombian right; personified, of course, in the figure of Álvaro Uribe. It was evident that the majority of Colombians did not want Petro as an opposition to Uribismo, but this was the painful case for an opposition divided between other more moderate options and approximate to what would become a Third Way from the government. Ultimately, Uribe was victorious, and Duque was elected Constitutional President of Colombia.

The Duque Administration has received heavy blows in terms of its legitimacy, whose rise was manifested after the intensity and magnitude of the brutal coercive police reaction to the protests around the structural reforms proposed by Duque, this year. Naturally, the Administration lost credibility, and its approval rating has plummeted to below 40%. Hence the complex situation in which Duque was pigeonholed: seeking reelection was not only going to make no sense, since, in the current scenario, there are no conditions that would allow him to be reelected. Above any other reason, the primary difficulty for Duque’s reelection would have been synthesized by the increased pressure that had been caused, already calmer, to resign from his post. To this we can add the scandalous resignation in disgrace of a very unpopular Uribe in 2020; reasons why I believe that an Uribista victory, whatever the candidate of this trend, is very unlikely. Although civil tensions have already eased somewhat, the sentiment of popular reproach to Uribe, and especially to Duque, positions them both far from their shared goal of joint preservation and maintenance of power.

The present case is understood as a natural reaction, the product of an inertia manifested by the peoples, whether consciously or unconsciously, to punish those who act against their interests, and especially against those who betrayed their original ideals that led them to their current privileged positions of influence in governance. In the current case of Colombia, the iron opposition represented by the Uribista tendency to the policies of President Santos – particularly the Peace Agreement – ended up sponsoring and intensifying the perfect example of a government in which its bureaucrats believe they are above the people who they should represent. Today, although in a very preliminary way, the first electoral polls are led by Petro, but without winning in the first round. Only time will be in charge of saying if the Colombian multiparty system is heading in the same Costa Rican course of growing ungovernability and, mainly, of inevitable second electoral rounds; However, my normative skills lead me to welcome the recent announcement of a coalition between the most serious and prepared parties and candidates. I am referring to the parties that have turned their backs on the Uribista and Petrista fanaticisms, proposing a roadmap that rejects the fundamentalisms of the conservative right and the wrongly called progressive left; resembling more, within all its internal structural diversity, a model like that of classical European social democracy.

On a personal level, in accordance with my political preferences, I have found myself fascinated by the pragmatic line of the Liberal candidate for the presidency in 2018, Humberto de la Calle. Don Humberto was the one who held the most experienced trajectory. Vice President of Ernesto Samper, Minister of the Interior and representative to the Organization of American States, serving as a stone in the shoe of Venezuelan dictator Nicolás Maduro. More recently, he was the one who led the negotiations of the rival turned friend, Juan Manuel Santos, regarding the peace treaty with the FARC. He was awarded a tribute from the Socialist International more than five years ago. I am happy to see him hold a leading position in this new coalition, and I hope that the way will open for him, receiving his place to work in defense of Colombia and its democratic institutions.

Although my ideal candidate would be De la Calle, it is not the only viable option. As what is sought is to reach power and govern in coalition, all parties want to present their own candidacy for the presidency, being the favorite to win the mathematics teacher and former candidate of the, more social movement than political party, Citizen Commitment. Fajardo was one breath away from winning the presidency. With 2% more he would have slipped into the second round, and easily would have caught the vast majority of moderate voters, who mostly left for Duque – fearing a Petro presidency. Fajardo’s electoral charm is made up of his charismatic media presence and his ability demonstrated these years to distance himself from the common ills of the political class.

The slogan “Not everything goes” is the one chosen by this group of political pragmatists. Of course there are characters who interpret this strategic choice as an act of demagoguery, designed to bet on popular Colombian discontent against traditional politics. Really, no matter how much I look for it, I don’t see it this way. To my understanding, the coalition not only represents a remarkable diversity between the political, personal, professional, intellectual and formative trajectory of its main members; It also seems to promote substantive institutional reforms such as those implemented in Costa Rica – in the late 1940s, in the late 1970s – at the height of the integral social gestation of our State. Some of the solutions raised remind me of those developed by the Center for Studies for National Problems, with a social focus. The coalition is made up of the experience of career civil servants, and the common sense of common figures. I believe that the participation of the Liberal Party will be central, since this is the group that has had the most experience governing and formulating public policies. You can take advantage of this background as credentials to be elected, and as an opportunity to balance the multiparty conformation of the alliance, complementing the other newer groups and without much government history. The Liberal Party can also provide its best structured team, and with the greatest preparation, when it comes to assembling a cabinet. Let us remember that in that area of ​​South America cabinets with a multiparty presence are much more common than in most Latin American countries.

“Not everything goes” as a slogan – it has gained greater relevance and prominence in recent years, because in Colombia everything is valid, as long as one is a politician in the past – I see it as an invitation not only to the politician, but to the people who should feel represented, to reevaluate patterns of behavior, dogmas within political beliefs and other epistemological mythologies, and the collective role that the sectoral brotherhood can play in a democratic process. Like everyone else, I bear political and electoral biases with me, but I try to integrate high doses of objectivity into this subjectivity. It will be up to you as readers to judge whether I have adequately fulfilled my part, just as it will be up to my conscience to judge whether the prose that I express so pleasantly here is authentic, or if it is nothing more than empty words arranged in a logical order without any support. real background. Subjectivity will always integrate the political analysis that each one of us can do; For my part, striving to be objective within my beliefs, I believe that this is a unique opportunity for Colombia, and an emergency exit to escape the dangerous extremism experienced today in the region. However, of even greater importance must be the vote for a striking political program that convinces us, than the vote against those who we perceive as a threat to our political preferences, our interests, or towards what we think should be done from the administration public.

“Chepito”, the Oldest Costa Rican, Dies At 121: We will remember him