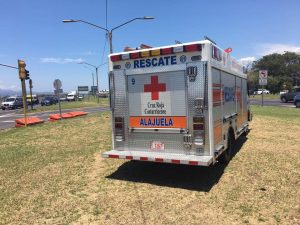 (CRHoy.com) .-An 18-year-old was murdered this Friday at El Coyol de Alajuela.

According to the Judicial Investigation Agency (OIJ), the boy was identified as Brandon Segura Moreira.

“The events occurred on Los Medidores street in El Coyol on a public highway, where the now deceased and another subject arrived aboard an informal taxi, got off in front of a house they entered, then they ran out of the place and told the taxi driver to get out quickly, moment when shot repeatedly against the vehicle, ”the OIJ reported.

In the shooting Segura Moreira and the taxi driver were injured, surnamed González, 34, who was shot in the back.

Both were transferred to the San Rafael de Alajuela hospital, where the 18-year-old man passed away. The case remains under investigation.

“Conciliation”: a Fast and Safe Method to Finishing Labor Conflicts

Quote of the day Floria Segreda