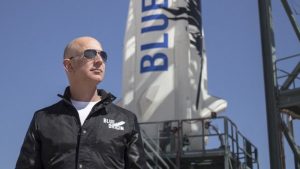 (AFP) – To live extreme experiences and admire the Earth from above (but way up), space travel could become the new trendy gift. At least with a little more than patience and a lot of money (but a lot of money).

Here’s an overview of the different services offered to aspiring space tourists.

Who offers these flights? –

On Blue Origin, A rocket is launched vertically, and the capsule in which the passengers are found is detached in flight until reaching 100 km in height, before falling back to Earth hanging from three parachutes.

Virgin galactic, for its part, it uses a huge transport plane that takes off from a classic runway carrying another similar to a large private jet, which at a certain point is released and flies autonomously at supersonic speed until reaching an altitude of 80 km. Then glide down.

In both cases, up to six passengers can detach from their seats to float in weightlessness and admire the curvature of the Earth.

When can you fly? 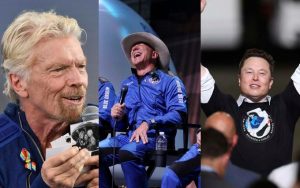 Virgin galactic has announced the start of its regular commercial operations in early 2022, after two final test flights. The row, however, will be long: 600 tickets have already been sold.

The company said it plans to eventually make a maximum of 400 flights per year per space base.

Two people will be able to enter one of the first flights by lottery: registrations are open until September 1.

As to Blue Origin, no precise schedule announced. “We plan two more flights this year”, after the one carried out on Tuesday in which Bezos himself was on board, “and many more in 2022,” a spokeswoman told AFP.

Another option: participate in a reality television show. The Space Hero program, endorsed by NASA, aims to send the winner of the competition to the International Space Station (ISS) in 2023.

How much will it cost?

The first tickets sold by Virgin Galactic cost between $ 200,000 and $ 250,000 each. But the company warned that the seats that will go on sale in the future will be more expensive.

Blue Origin did not announce a price, but a seat on the first manned flight was auctioned off for no less than $ 28 million.

For considerably less (about $ 125,000 per person), you can board the Space Perspective ship: a capsule with a 360 ° view, which will slowly ascend suspended from a hot air balloon the size of a football stadium.

Nevertheless, despite the spectacular views, it will only go to an altitude of 30 km and it will still be far from the limit of space and weightlessness.

The 300 places available by 2024, year this attraction will debut, All have been sold, but the reserves for 2025 are enabled.

What physical requirements must be met? –

A priori, only a good physical shape is necessary. For Virgin Galactic, training should only last five days.

The first flight of Blue Origin even brought in an 82-year-old ex-pilot, the oldest person who has ever been in space.

Among the criteria that were requested for the auction of a place aboard the New Shepard of Blue Origin were not suffering from vertigo, being able to climb the equivalent of seven floors in less than 90 seconds (for the launch tower) and not weighing more than 100 kg.

SpaceX – owned by another billionaire, Elon musk– it also plans space tourism flights, albeit much more ambitious, of several days and even much further.

The price of the trip aboard the Falcon 9 rocket, that propels the Dragon capsule, amounts to tens of millions of dollars.

In September, a mission chartered by American mogul Jared Isaacman, Inspiration4, it must take him and three other passengers to Earth’s orbit.

On the other hand, in January 2022, three businessmen will travel to the ISS with an experienced astronaut. The mission, called Ax-1, is organized by the company Axiom Space, which has contracted another three future flights with SpaceX.

Musk’s company is also planning a trip in orbit for four people, organized by the intermediary company Space Adventures, the same one in charge of the flight of the Japanese billionaire Yusaku Maezawa to the ISS in December, but aboard a Russian Soyuz rocket.

Maezawa plans to make a trip around the Moon in 2023, this time aboard a rocket still under development by SpaceX, the Starship. He said he wanted to take eight lucky people with him in the selection process … but the registrations are already closed.